One of Silicon Valley’s most significant botched opportunities in recent years is Google’s repeated, persistent, and tragic failure to get its messaging products and services right. We have detailed the massive efforts of Google to unify everything under Hangouts for almost six years ago. And all we can say is that ever since then, every passing year has been either a debacle, a tragedy, a decrease, or an outright withdrawal for their messaging services.

While there have been several attempts at launching one proper service on Google’s side, there is one thing that has always been missing from Android, and that is a real messaging rival to iMessage from Apple. That could all change as Google embarks on a large-scale RCS (rich communication services) messaging platform deployment, adding a raft of new features to android messaging. 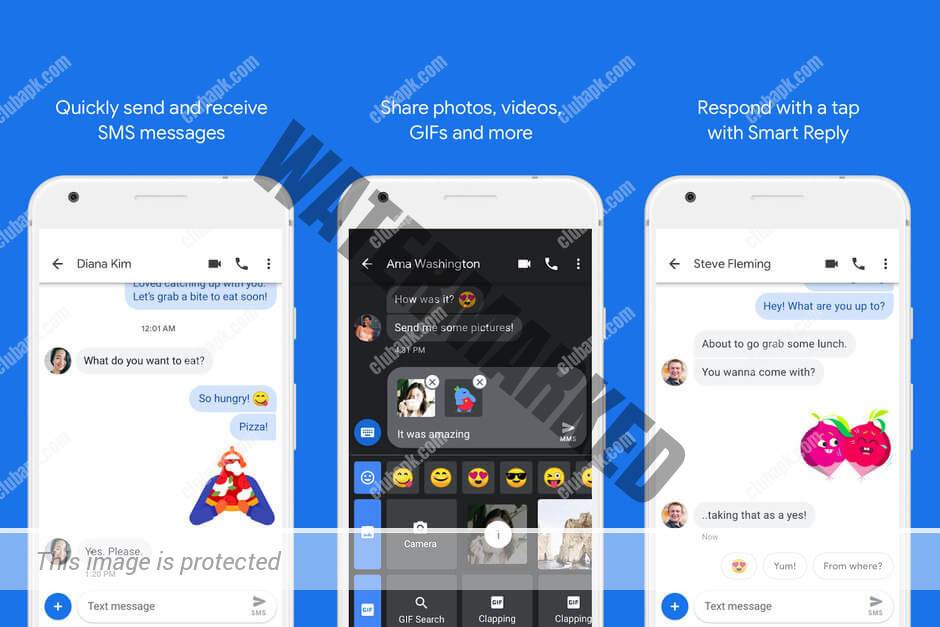 What is the RCS messaging all about?

Rich communication services is a systematic protocol between both mobile operators and phones. RCS’s overall objective is for it to replace SMS and MMS messaging eventually, and all the formats we’re all familiar with as they have been around for so many years.

The RCS was first created in 2007 and was then taken over by the GSM Association (GSMA). The GSMA is an official industry body that represents mobile operators worldwide. In 2016, the GSMA agreed on a Universal Profile, a set of standards that all mobile operators, phone manufacturers, and software providers can use to help implement RCS on devices.

The RCS messaging system is very much similar to WhatsApp, where live chat can take place, including multi-media support, with everything handled via the data network.

It’s quite seen as a rival to Apple’s iMessage service, although some subtle differences exist between how these services operate.

It turns out that giving up control of your entire messaging product strategy to the companies that are more focused on mergers, 5G, and TV streaming apps was indeed a bad idea. But who could have guessed?

Well, almost everybody. But there was a possibility of a tiny chance that Google could use its longstanding partnerships and the necessary leverage of making the most dominant phone OS on the planet to get everybody in line. Google offered technical assistance and more to carriers, and it pleaded and influenced. Rest assured, very little work.

This is why in June of this year, Google ripped the Band-Aid off the wound of the carrier RCS selection. It announced that it would just offer RCS services directly without waiting for individual carriers to figure it out in two countries that are the UK and France.

The CCMI is a joint venture and a whole other company that will offer business chat services to businesses and a completely new default texting app to Android users in 2020. However, it may or may not be a direct response to Google’s implied threat that it would just take over the concept of texting for all Android phones in the US because nobody else was getting the task done. But the timing sure seems notable to the users. Carriers say that CCMI’s primary goal is to bring RCS messaging to everyone next year and make it accessible for them to use, but it sounds like that might only be on the carriers’ terms. CCMI will not be using either Google’s or Samsung’s existing RCS versions. The reason behind that it’s making its own. There will also be a new app from CCMI to send RCS messages. Yes, there can also be instances where you might be forced to use a carrier-developed messaging client to communicate better messages.

This move may be an appropriate response to Google, which aimed at carriers earlier this year when it had announced RCS support in the UK and France. Rather than wait for their carriers over there to get things figured out, Google is deploying RCS servers for Android users in those countries that will plug into its Messages app. At the time, it appeared like Google was firing a warning shot by implying get it done, or we’ll do it ourselves.

We don’t know anything about it yet, but we know that apps that come directly from carriers, even ones for core services, are usually terrible. The witnesses are Verizon’s VZNavigator, Verizon Message+, AT&T Navigator, AT&T messages. There’s no other update or word on whether or not RCS will be end-to-end encrypted, but there’s only a vague repetition of the word “privacy.”

And for the CCMI to even get to a place where it’s offering an app that isn’t riddled with ways for these carriers to feed the Angry God of Average Revenue Per User, it will need to succeed as a joint venture amongst the big carriers. Ask SoftCard how successful it was as a mobile payments competitor to Google and Apple Pay. You won’t be able to ask because it’s gone. A more recent attempt: Zenkey, a password replacement app that is the right idea from the wrong companies.

Most telling in all of this is that Google was cut entirely out of the announcement, to the point where it took the company almost several hours to come together with a statement in response to the initiative. Google, which has spent the past few years aggressively lobbying for RCS.

The CCMI tells me that it plans to work with Google and others to ensure that their apps are more compatible with its platform. It tells us that its text messages will be fully standards “based” and consistent with RCS worldwide.

At any time in the past five years, Google could have leveraged Android’s 80-plus-percent market share and told carriers that it was launching a default messaging service that works like iMessage, falling back to SMS only when necessary. It’s not in Google’s nature to push partners around (though it does make exceptions). For reasons that probably seemed reasonable every time, when it came to messaging, Google always blinked.

All that is blinking, and now the opportunity to fix Android’s messaging mess by fiat might have passed. By handing Android messaging over to the carriers, Google wasn’t just flickering, but it was blinkered. Now the company has to scramble to make sure this entirely foreseeable outcome doesn’t end up wrecking the default texting experience on every Android phone that is sold in America.

If Verizon, AT&T, T-Mobile, and Sprint don’t do a radically better job than they have in the past at offering useful apps and excellent services, Android users will be stuck with something awful. If that happens, all Google will have accomplished with its messaging machinations is to convince Americans that the only way to solve Android’s messaging mess is to buy an iPhone. RCS is a complete mess and a disaster on its own, and it’s probably not going to be fixed until next year. Still, at least we will know what the next generation of application messaging looks like. We can only hope the carrier bureaucracy doesn’t spoil it.